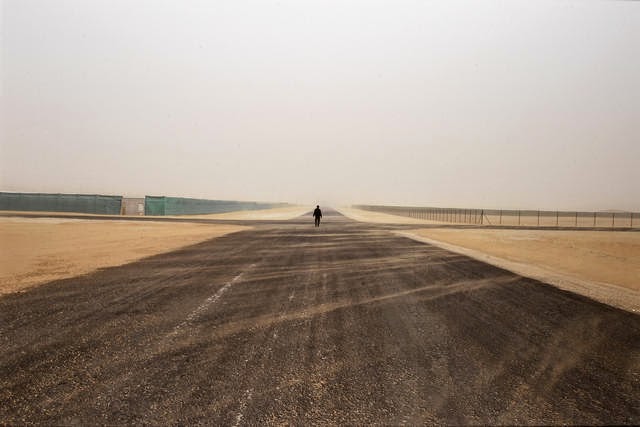 'It's about looking at a space - how one relates to a space and how that space defines a person too,' says Palestinian-Kuwaiti artist, photographer and academic, Tarek al Ghoussain.

Long considered amongst the most progressive and engaged photographers at work in the Middle East today, al Ghossein's intellectually-engaged and visually powerful imagery addresses the duality of his ethnic identity as the son of displaced Palestinians, growing up in the Gulf.

Much of al Ghossein's work deals with the intangibility of his Palestinian heritage. Placing the notion of a state, real in a collective consciousness yet ethereal in the world, he places himself in his works which becomes documentary artifacts of his active performances. More
Posted by Henry Zaidan at 3:27 PM