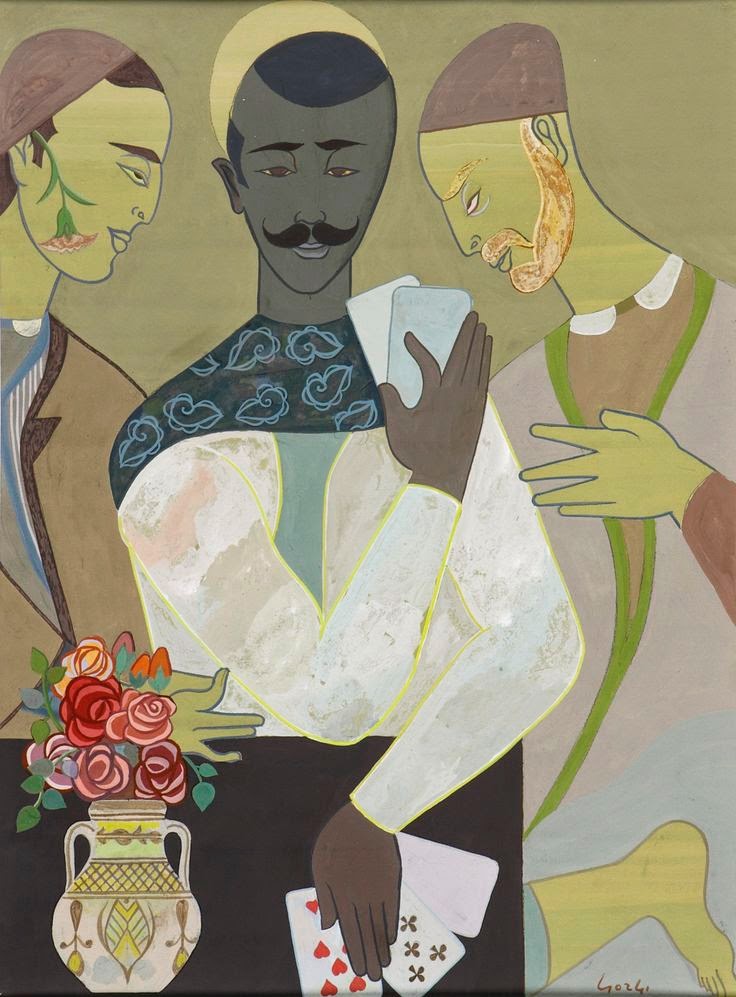 Abdelaziz Gorgi
1928-2008
JOUEURS DE CHKOBA; VEILLÉE DU RAMADAN (CHKOBA PLAYERS; EVE OF RAMADAN)
signed
acrylic, gold leaf, ink and pen on paper
76 by 55cm.; 29 7/8 by 21 3/4 in.
Executed circa 1960-1969.
His oeuvre is a testament to a strong attachment to Tunisia, both in its form and practice.  As one of the founders and last president of the Ecole de Tunis, of whom he remained an active practicing artist alongside Jallal Ben Abdallah and Hedi Turki, Gorgi's paintings and tapestries are colourful, repeatedly featuring tokens such as 'chechias', the traditional Tunisian headgear or Chkoba, the traditional Tunisian card game, which both act to symbolize his personal background. Gorgi was also very active in encouraging the arts within his community, designing the first Tunisian postage stamp in 1956 and establishing the Tunis School of painting which he presided over until 1983. In 2000 his efforts were repaid when the Tunisian ministry of Culture announced that the country to be celebrating a ‘Gorgi Year’ of culture. More