01 Painting by the Orientalist Artists, with footnotes, 51 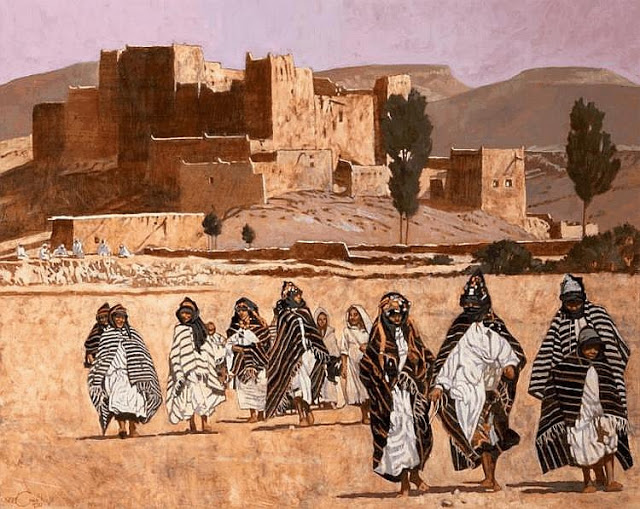 Ksar, is the North African term for "Berber castle", possibly loaned from Latin castrum. The term generally refers to a Berber fortified village. The counterpart of Maghrebi ksar in literary Arabic, qaṣr, means "castle" or "palace".

In 1951, at the age of 14, he entered the Estienne 2 School from where he graduated in 1955 with the Prix Cortot d'Engraving. After working for ten years as an engraver, he became an illustrator for various Parisian advertising studios. In 1963 in Ivry-sur-Seine , on the occasion of one of the first exhibitions in which he participated, the National Directorate of Fine Arts in Paris bought him a canvas (marine, representing the port of Lorient).

In 1969, he worked as an independent illustrator. For more than twenty years, he directed advertising campaigns for French brands or major sporting events.

In the mid -1980s , he gave up his job as an illustrator to devote himself entirely to painting and made portraits, still lifes, seascapes and landscapes, paintings on the theme of jazz or sport and more particularly on the Orient, he is cited as one of the French orientalist painters. More on Jean-François Arrigoni Neri 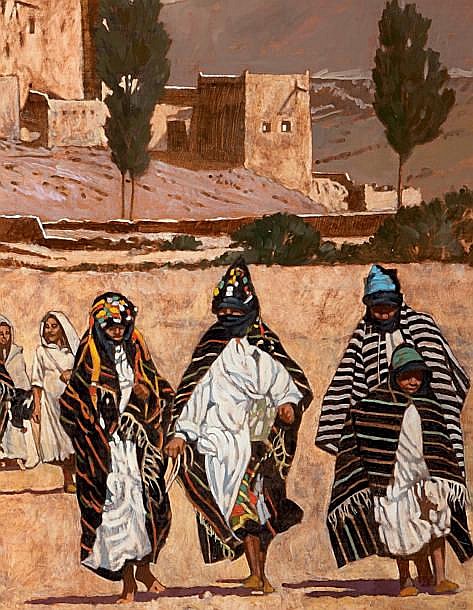 Please visit my other blogs: Art Collector, Mythology, Marine Art, Portrait of a Lady, The Orientalist, Art of the Nude and The Canals of Venice, And visit my Boards on Pinterest

Thank you for visiting my blog and also for liking its posts and pages.
Posted by Henry Zaidan at 4:25 PM